At the conclusion we were all of us agreed that the proof was to be found within the pudding, and no mistake, for no sooner had young Jack (the bravest and strongest of the group and no joke) seen fit to wedge his thumb into’t than out the questing digit popped, making a sound like a falling custard and a dislodging a fleshly and voluptuous PLUM, at which none of us observing were surprised, having anticipated just such an outcome from the commencement.

What we need is more drama. Like, if I were to accuse you of loving me insufficiently, and test you silently, then pout evasively when my secret tests went undetected. That would be, like, really great if we could do some more of that.

Zsa Zsa is an inhuman alien. I mean just look at her!

I had a friend in high school who took the phrase “ripped” a little too literally. Once every two weeks, he would work out until all of his muscles were literally torn. Apparently, they would grow in twice as strong and firm as before, like drug resistance or shaving your legs. When I knew him, he was unable to touch his own shoulders. To be honest, we were more “acquaintances” than friends.

Sympathy for the Devil (lyrics). 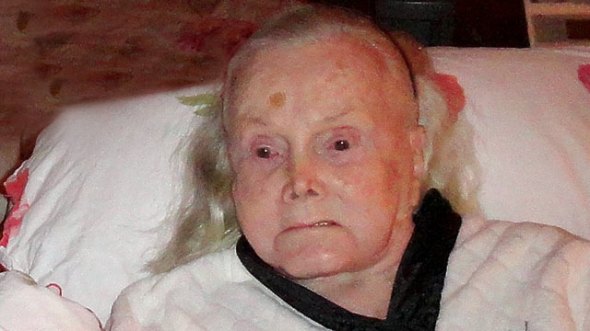 Hast thou ever danced with the Devil in the moonlight pale? Never Have I Ever.

Spiritual capital that will pay dividends.

Pecuniary capital that is of, or relating to, or consists of money (capital). Scratch. Scratch that.

Twinkle, twinkle, little Lamb. How I wonder what you’re at.

The Sentinel (1977) presents a vision of Hell as populated primarily by homosexuals and the deformed. This is something I have to wonder about.

I’ve also seen Lucky McKee’s The Woods (2006), which I purchased at the dollar store for only $1 dollar.

Could Rebecca Black be the new Lesley Gore/Zsa Zsa Gabor?

EPIC post on theyearisyesterday u guise!!! CHECK IT OUT! Link

And so we were all of us much obliged to Jack for confirming and conforming to that which we all knew, and to Goosing his Mother, for it had been from within her hairy “pie” that the PLUM, and thenceforth the truth, had been recovered, and after no small debate ’twas decided that the fruit had best be split into elevenths so that we could each partake according to our individual whims and passions.

On Games and Gaminess

I haven’t done an actual career-related update for a while, and with several recent and upcoming articles on Entropy that I’m immoderately proud of, I figured, oh, what the hell. For writing!

Entropy is “A new website featuring literary and related non-literary content.” It’s been going strong for, oh, three weeks now, and I couldn’t be happier with the community that I’m now a part of (as a contributing editor for the site). I’ve made the acquaintance of some awesome writers who share many of my interests, and even though I don’t get to read the e-magazine as often or as thoroughly as I’d like, I can tell from what I do read that I’m in the middle of a network of great writers and thinkers.

But enough of the mushy stuff. Here’s what I’ve been doing for Entropy so far:

My first post, on March 21, was an interview with John Clowdus of Small Box Games. A small, independent card game publisher who has stayed small and independent, I really admire John’s work both as a publisher and a designer. His games tend to be small and quick but full of tense decision-making, not to mention gorgeous to look at.

On April 5, for International Tabletop Day, I wrote about  the Allure of Allegory; or, a Case for Cardboard, in which I argue passionately for a medium that I didn’t even know existed, in any serious, modern form, 2 years ago: board games.

On April 7, Janice Lee posted a piece titled Interface Culture: On Narrative & Video Games, which features a few citations from one of my previously published articles on the Black Clock blog. It’s a great, reader-friendly tying-together of modern thinking around the medium of electronic games.

And today, on April 9, I published When Play Isn’t Fun Anymore: On Games and Discomfort. It was originally three separate essays until I realized that they were all talking about the same thing: games that manage to work in spite, or because, of failing at being “fun.”

I also edited Mike Molitch-Hou’s Why-To Like Poetry and last Sunday’s list of Top 3 Unfinished Books. In the next few days, I’ll be posting Part 1 of a discussion I participated in, talking around the subject of video games and aesthetics, and there’s much more on the way, including more interviews, reviews and…wait for it…session reports!