Photo by Pixabay on Pexels.com

Your friends will DIE laughing when they hear these 100% kid-tested jokes, riddles, brainteasers, and higher math problems. If you like jokes about witches, goblins, skeletons, bats, spiders, Draculas, and more, you’re in for a treat!

What the Hell Is Happening to Me? – Part 2 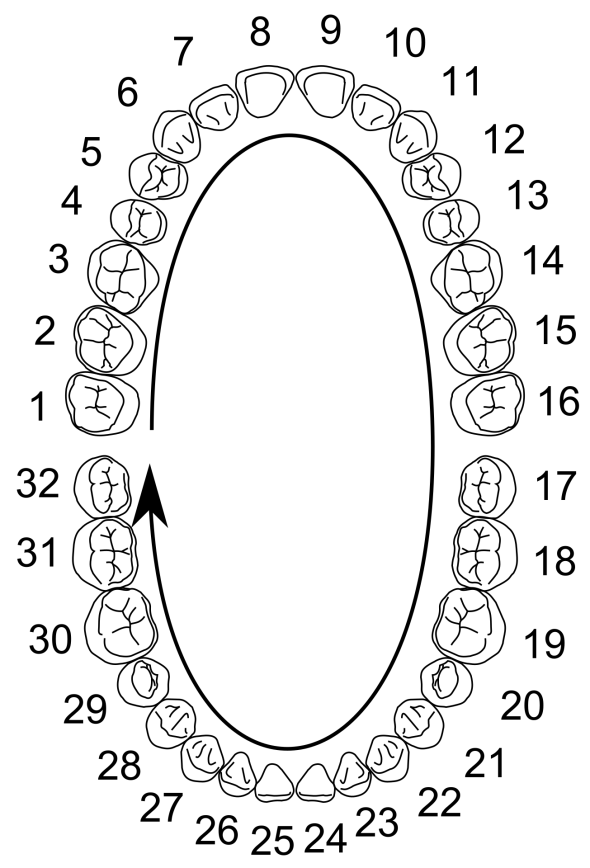 “You have perfect teeth.”

It’s a phrase I’ve heard a lot, pretty much every time I go in to the dentist. And I should—I’ve always taken good care of my teeth, brushing 2–3 times a day and flossing twice, once in the morning and once before bed. I use an electric toothbrush—currently, an Oral-B Pro 1500, which has a rotating head like those polishers the dentists use—and earlier this year, I traded in my string floss for a Waterpik Aquarius WP-660 water flosser. I don’t smoke, the only beverage I consume is water (which I tend to drink in above-average quantities), and I don’t chew my nails, nibble pen nibs, or grind my teeth. My one dental sin is a love of sugar, but at least I stay away from hard candies and chewy caramels. I do my best.

But here’s the thing: despite what I hear every time I go to the dentist, my teeth don’t feel perfect. Ever since my late teens, I’ve been told I brush too hard, evidenced by my prematurely receding gumline—hence the electric toothbrush, which is supposed to prevent that sort of thing. And with receding gums comes sensitivity. I’ve had sensitivity to cold near the gumline, especially around my molars, for essentially my entire adult life. And while it sucked at first, I quickly developed ways to deal with it: avoiding ice water, changing the way I bit and chewed to avoid sensitive areas, avoiding whitening agents (which are known to increase sensitivity), and brushing with a desensitizing toothpaste (Pronamel was my go-to for years).

But then, over the past couple of years, my sensitivity got worse. A lot worse. Suddenly, it wasn’t just cold things that were causing me problems: I’d get a jolt of pain from hot foods, too—and, most alarmingly, sweets. If a piece of gummy worm or a crumb of brownie made its way up to where my gums had receded—the teeth there had a pronounced ridge that seemed custom-built for trapping food—I was in agony until I could dislodge it. And other parts of my mouth were starting to hurt as well, an aching, throbbing pain that would start up 30–60 minutes after I ate and last until I could brush my teeth—and sometimes, if it took long enough to get home to my toothbrush, even later. No wonder I was overbrushing. I’d do what I could, even bringing a toothbrush to work (earning the ridicule of my coworkers, who apparently had never heard of oral hygiene), but I was getting worried. So I researched dentists in my area—I hadn’t had dental insurance for most of the time we’d lived here—and found one with great Yelp reviews just five minutes away.

I was nervous going into my appointment. It had been at least five years since I’d had a dental exam and cleaning, and I was worried they were going to tell me I had cavities in every tooth. The office wasn’t what I was used to—it was almost like a day spa, with subdued lighting in the waiting area and screens showing nature documentaries literally the entire time I was there: in the lobby, getting my x-rays, and during my cleaning and exam. (On other visits, they even provided me with hot towels and a few minutes in a massage chair.) The staff was courteous and seemed to go to lengths not to overbill me or recommend unnecessary procedures.

And, to my shock, I had no cavities—only an “incipient cavity” or pre-cavity in my lower left molar (#19] and some gum inflammation, which they wanted to treat with a “deep clean.” My wife, who had been to the dentist more recently, wasn’t so lucky, and they drilled eight of her teeth that day. I came back in a few weeks for my deep clean and to fill my incipient cavity.

This was my first adult filling, and let me tell you, it took some getting used to. I could clearly feel the edges with my tongue, and it felt like a bit of it was spilling over the front, causing a sharp ridge. Meanwhile, the “pit” of the molar felt too smooth, like I had chewing gum caught in it. My wife, who said she couldn’t even feel her fillings, encouraged me to make an appointment to get it smoothed out, but when I got there, the dentist said I was making a big deal out of nothing. “You just have a curious tongue,” she said. “You just have to leave it alone.”

It took a couple more months for me to get used to the filling. I believe regular chewing and brushing naturally smoothed out the rough edges, and now, I can barely notice it. I still had the sensitivity issues—in fact, they seemed to get worse right after my cleaning—but at least I knew I didn’t have to worry about cavities.

2018 would be the last year I could claim to have “perfect teeth,” though dentists would continue to say it to me even as things went from bad to worse.

What the Hell Is Happening to Me? – Part 1

It happens without warning: a jaunty tune blares from my iPad speakers, startling me so badly that I nearly drop my spoon. It’s chipper in a no-hold-barred kind of way, conjuring up images of sipping syrupy cocktails on a warm beach in Saint-Tropez—not something I would ever have the funds, time, or inclination to do, but the imagery is there regardless. It’s 11:00am, time for my next set of jaw exercises—the second of six for the day. I hastily finish my instant oats, taking care not to open my mouth too widely or too quickly, then settle in.

Thankfully, this element of my treatment plan is both quick and hands-free, a benediction when you spend all day swapping between your keyboard and your five-month-old’s play mat. I’m not so lucky with everything—I’ve also been told to apply moist heat for twenty minutes up to three times a day, and I’ve yet to figure out a way to do it that frees up even one hand. But this—this I can do in thirty seconds, while the Tropezian tune—my device’s alarm feature calls it “By the Seaside”—continues to bounce along. I touch my tongue to the roof of my mouth, as though I’m forming the letter N (a skill my five-month-old has yet to master), and open it as wide as it will go without my tongue falling away, holding the position for six seconds. This is, unsurprisingly, called the “N Stretch.” I then proceed to the dicier one, which my handout (#4A) calls a “Passive Opening Stretch.” Using index finger and thumb, I pry my jaw open until it won’t stretch any further, holding this position also for six seconds. This one always scares me because I can feel my right condyle—the rounded part of my jaw joint—grinding slightly as I do it, and I’ve been told clicking and grinding can cause irreparable damage to the joint, but I’ve made a resolution to carry out this treatment plan, exactly as instructed, for the next three weeks.

I have no confidence that this will do anything to help my underlying issues, and I’m terrified that it will make them worse, pushing what could have been a benign, temporary condition past the point of no return into a lifelong, chronic malady—but I have to try, if only so I can tell the next specialist, “See? I tried this, and it accomplished nothing.” So I’ll be sticking to a diet of exclusively soft foods, checking myself every thirty minutes to make sure my teeth aren’t touching—which, so far, they’ve never been; benefit of being a mouth-breather—limiting my range of facial expression (sorry, baby; no funny faces today), doing those stretches and heat treatments, and wearing the nightguard my dentist crafted every night, even though it makes my bite feel weird every time I take it off, and even though I never even had jaw pain or popping or grinding until I started wearing a nightguard (thankfully, my dentist busted a hole in that one trying to adjust it, so I have an excuse never to wear it again; the new one at least doesn’t have me waking up at midnight feeling like I’ve been hit by a double-decker bus). I’m going to try.

In this series, I’m going to attempt to reconstruct exactly what happened—what is still happening—to get me to this point. Because, without access to a treatment plan that actually works, without even knowing definitively what the issue is, there’s not much else I can do. I’m going to tell my story in the dim hope that somebody, anybody, knows what the hell is going on.